This guide provides information about financial settlements for couples who are getting divorced or ending a civil partnership. We aim to help you understand more about what a judge might do in a case like yours to give you a better chance of making a fair agreement with your ex without having to go to court. Free to download or read online, or you can buy a printed copy. 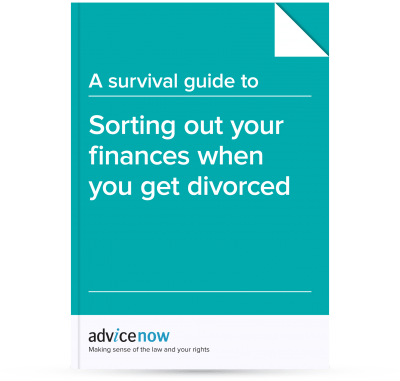 Why are we charging?

We have started to offer printed copies of some of our guides as we know some of our users want them. These are a bit expensive because each guide is individually printed as and when somebody requests one. In buying the guide you are also making a donation to advicenow - we use this money to update our guides and keep our service running.  This guide can also be read online or downloaded as a PDF for free.