Know how to avoid a tax credit overpayment

Check out the most common reasons for overpayments, and learn top ways of avoiding of them. 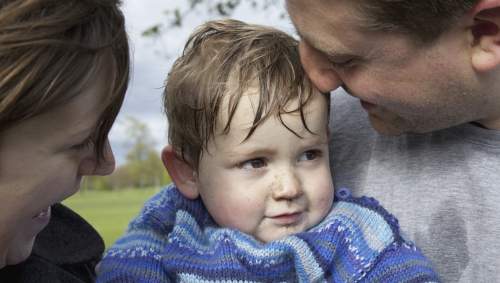 As anyone who has experienced it will know, receiving a letter saying that you have been overpaid tax credits is hugely worrying and stressful. Many people feel very angry about it. Sometimes their response is to feel that they never want to claim tax credits again. Stopping claiming tax credits isn’t terribly logical as you still have to pay back the overpayment – a better approach is to continue to claim but do everything in your power to avoid a large tax credit overpayment building up in the future.

Sometimes, there’s no way of avoiding a tax credit overpayment because of the way the system works. But if we look at the most common reasons for overpayments, we can see how you can avoid building up anything but the minimum overpayment.

1. Keep a record every time you report changes to the HMRC

Sometimes overpayments are built up when the HMRC do not act on what you told them. If they don’t change your award straight away after you told them about a change, you will receive too much money and build up an overpayment. Any overpayment built up within 30 days of  you telling them about a change you will have to pay back, but anything after that you don’t. It is therefore really important that you can prove that you told them about a change and on what date. Every time you report changes to the HMRC over the phone, write down who you spoke to and when and keep your record safe. If you report changes online, print or keep a copy of the page confirming the changes have been submitted. If you decide to write to HMRC to tell them about a change, keep a copy of the letter and get proof of posting it.  If you haven’t done this and now have an overpayment, don’t worry. See our Survival guide to dealing with tax credit overpayments for advice on what to do.

2. Tell HMRC every time your income goes up

If your income was no more than £2,500 higher than it was last year, your award shouldn't be affected and you shouldn’t get an overpayment. But it is always best to let HMRC know if your income is going up, even if it is by less than £2,500, and keep a record of who you spoke to and when. This is especially true if, earlier in the year, you told HMRC you were likely to receive less income that you did last year and asked them to pay your tax credits on your estimated income.

3. Make sure HMRC are up to date with your DLA or PIP award

Overpayments are often caused when the HMRC have the wrong information about what rate of DLA, PIP or Armed Forces Independence Payment you receive. This might be because you ticked the wrong boxes on the form, or it may be that you’ve been reassessed and your award has gone down or stopped. When you get your tax credit renewal forms, make sure you give the right information by checking your award letter from the DWP. If your benefit award changes, make sure you tell the HMRC straight away. Keep a record of who you spoke to, and when.

4. Ensure you send back the renewal forms

After April each year, HMRC send out tax credit renewal forms. These forms now ask you to either 'check now' or 'renew now'.  If yours say 'check now' you must tell the HMRC of any errors by July 31st, if you fail to and there is something wrong, your tax credits could stop and you could be fined.

If yours say 'renew now' you send them back or do them online by the 31 July, or your claim will stop.

If you are doing them online, print or keep a copy of the confirmation page.

If you are using paper forms, post them at the post office and ask for a certificate of posting.  Keep this safe as you can use it as evidence that you did in fact return the forms.

5. Act fast if you receive a letter called a ‘Statement of account’

If you receive a letter called a ‘Statement of account’ it means your award has ended. This usually happens because the HMRC didn’t receive (or say they didn’t) your renewal forms.  If you contact HMRC within 30 days, they should be able to renew your claim over the phone. This will cancel the overpayment that has built up since the 6 April. After 30 days, you can only get your tax credit payments back into payment if you have a good reason why you did not renew and you contact HMRC by 31st January, so act fast. As always, keep a record of who you spoke to and when.

6. Check your award notice thoroughly each time you receive it

If any details on your award notice are wrong, you might get paid too much and have to pay it back. Check your award notice each time you receive it and tell HMRC if there is any mistake – keeping a record of course of who you spoke to and when.  You must do this within a month of receiving the award notice, but it is better to do it straight away to minimise any overpayment that builds up.

7. Tell HMRC straight away if your partner moves in

If you delay telling HMRC that as partner has moved in, everything you receive after the date they moved in will be an overpayment. If you get married, you need to claim as a couple even if you are not living in the same house. Deciding whether you are part of a couple for tax credit purposes can sometimes be difficult. You should contact HMRC if you are unsure about this and make sure you keep a record of the phone call including the date, who you spoke to, and what they said. 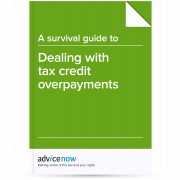 8. Tell HMRC straight away if your partner moves out and send two sets of forms

If you permanently separated from your partner in the last tax year or before you get the claim form in the next tax year, you both need to return a set of renewal forms. If you make a new claim in just your name, you may have to return forms for your old joint claim and forms for your new claim.

If you do end up with an overpayment, don’t panic. See our Survival guide to dealing with tax credit overpayments for advice on what to do.