How to take a claim in the civil court

This guide will help you to understand the hearings that might happen in your civil case – what happens at them and what you have to do in them. It is part of a series of guides about using the civil court to sort out problems about broken contracts (often called ‘breach of contract’), money owed, compensation, and personal injury - including road traffic accidents and accidents at work. You might be dealing with a small claim, or be using the fast-track and multi-track processes at the County Court. 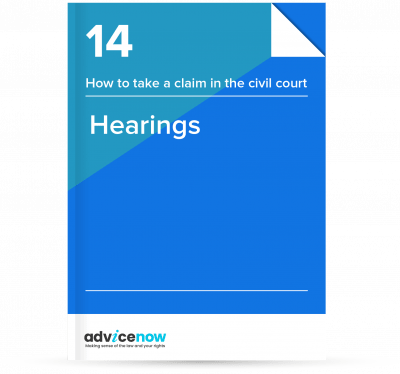