This guide will help you to understand what evidence you will need if you are taking someone to court, why you need it, and what you need to do with it. It is part of series about taking someone to the civil court to sort out a problem or disagreement. You can make a civil claim about money owed, broken contracts (often called ‘a breach of contract’), compensation, and personal injury - including road traffic accidents and workers compensation. You might take someone to the small claims court, or use the fast-track or multi-track process in a county court. 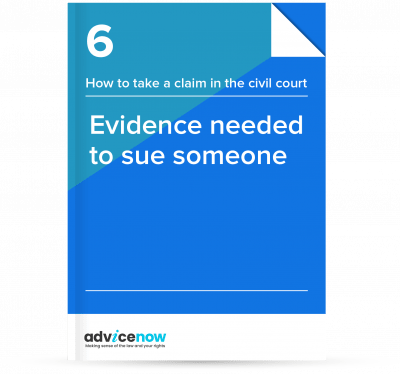