How to take a claim in the civil court

How to settle a claim

This guide will help you to understand how to settle your claim, how to make an offer to settle and what to do if the 'other side' suggests a settlement. It is normal to try to settle the dispute as more information comes to light and the court expects you to do so if you can. It should not be seen as 'climbing down'. If you don't accept a reasonable offer it can cost you. This guide is part of a series of guides about sorting out a problem or disagreement in the civil court. It covers debt and consumer cases, small claims, breach of contract, and personal injury including road traffic accidents and accidents at work. 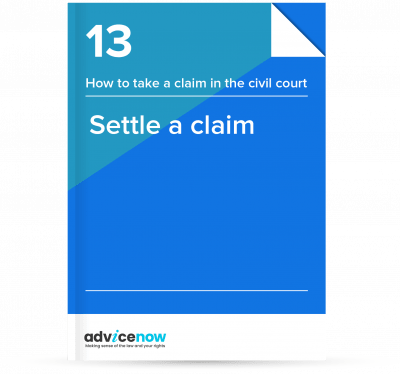