Time limits for suing someone

When you take someone to court there are strict time limits you have to follow - this is called the limitation period. This guide will help you to check how much time you have got to start your civil claim. It is part of series about taking someone to the civil court to sort out a problem or disagreement between you and another person or organisation (or more than one). This series will help if you are thinking of taking any kind of money claim, about breach of contract, compensation, or personal injury - including road traffic accidents. You might use the small claims court, or the fast-track or multi-track process in a county court. 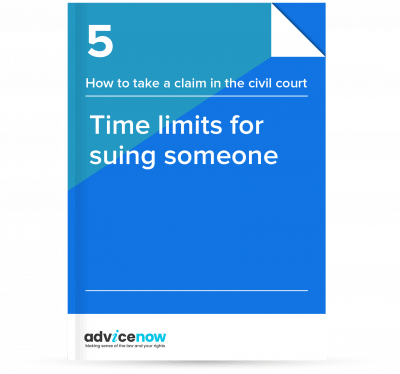